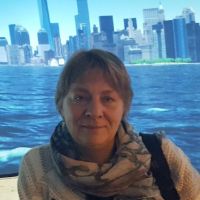 “In 1913, a correspondent from Moscow reported in the Norwegian publication “Tidens Tegn” about the new opportunities for Norwegian investments in Russian cities. He encouraged Norwegian investors to act quickly and compete with other Western countries and invest before Russian trade and industry reached such a level that they would become independent of foreign investment. The article referred to Russia as "a New America". The correspondent claimed that Norwegian exporters were all too often stuck in traditional Western European markets. They should instead invest in Russia where one could expect an average of ten percent higher returns than in other countries.” (Roddvik, 2020)

Norwegian entrepreneurs settled in the Russian city of Arkhangelsk between 1880 and 1930, as this excerpt from a Norwegian podcast published in 2020 highlights. Attracted by abundant business opportunities, equipped with knowledge, skills, and social and financial capital, many of these entrepreneurs were pulled during these decades to the city in the Russian Arctic High-North to establish themselves as entrepreneurs in a new setting, a “New America”, as Nielsen (2014, p. 483) calls it. While the United States were the main magnet for historical entrepreneurs of this period around the end of the 19th century and beginning of the 20th century (Baines, 1994; Hatton and Williamson, 1992), the present paper pays attention to historical temporary entrepreneurship that took place between the two neighbouring countries of Norway and Russia: during the late 19th and early 20th centuries, established Norwegian businesspeople and opportunity-hungry individuals emigrated to Russia, which was an attractive target market for Western European entrepreneurs at that time because of the wide and open land with plenty of natural resources and abundant business opportunities through bilateral trade.

The present paper will explore the historical case of selected of these Norwegian entrepreneurs that were pulled to the Russian city of Arkhangelsk in Russia’s Arctic High North, established, and industrialised the local lumber and timber industries, which was a novelty at this time in Russia (Nielsen, 2014). Drawing from modern entrepreneurship theories, notably the concept of transnational entrepreneurship (Crick and Chaudhry, 2014; Drori et al., 2009), brain circulation of temporary migrants (Saxenian, 2006), social capital theories (Putnam, 2000; Anderson and Jack, 2002) and entrepreneurial ecosystems (Acs et al., 2017), we depict the journey and impact of selected of these Norwegian transnational entrepreneurs in the lumber and timber production and trade business in Arkhangelsk, Russia. Even today, the modern city of Arkhangelsk is strongly influenced by the heritage of these former Western European settlers and their businesses, including Norwegians (Nielsen, 2014; Astrup, 2011). As our study will highlight, their entrepreneurial business activities were closely connected with their social-community building, which jointly laid the foundations for the growth of the industries in the region during the period of 1880 to approximately 1930. An important element of their historical ecosystem is the presence of social institutions in the city, which still today convey a local mentality of welcoming foreigners, particularly Norwegians, to the peripheral region in the Russian Arctic High-North.

This paper thus makes a twofold contribution to contemporary entrepreneurship and management theories: firstly, the paper demonstrates from a historical perspective how individual entrepreneurs of the past have contributed to the development of entrepreneurial ecosystems, including social institutions (Acs et al., 2017). Thereby, we provide evidence that individual opportunity-seeking entrepreneurs have always been at the core of industry development and regional economic growth, as modern concepts, such as the industry cluster, regional innovation system, and, more recently, entrepreneurial ecosystems illustrate (see Acs et al., 2017). Secondly, the case study presented illustrates the role of political context (Wadhwani, 2016; Wadhwani et al., 2020), particularly in times of political regime-change, and its effect on transnational entrepreneurs (Drori et al., 2009). By this token, the paper contributes to both research on the political context and entrepreneurship and a historical management perspective (Tennent, 2021), two under-studied perspectives in contemporary entrepreneurship and management research and practice.

The remainder of this paper is organised as follows: The next section provides the theoretical framework of the paper, which is followed by another section on the contextualisation of the paper. Subsequently, the methodology and research design will be introduced. The next sections are the empirical analysis and discussion, which is followed by a section providing the conclusions, implications, limitations, and research outlook.